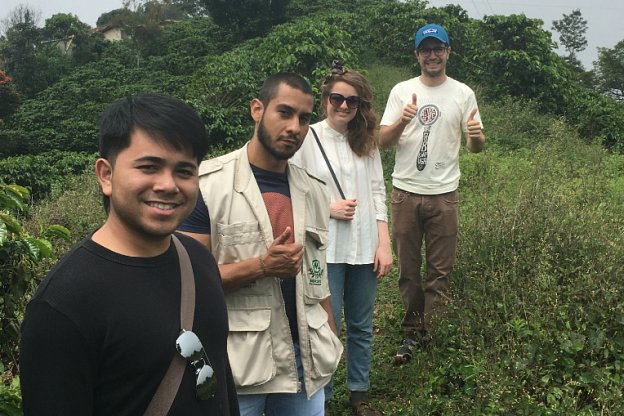 October sees the highlight of the Boston Tea Party calendar, the BTP Barista Competition. Tensions were high this year as Extract Coffee had offered the prize of a trip to Colombia for the winning barista. The super-fans among you will know the winning barista was Note from our Clifton café. In May, Note, Ash (Extract’s ‘roaster with the most…er’) & I headed on a long flight to South America.

We flew in over the Andes at sunrise, the tips of the mountains standing proud of the clouds, the brown rock being lit by the reddish morning sun. It was beautiful. As we sped into the city of Medellin, Colombia’s second city, our driver picked his way through hordes of cyclists taking their Saturday morning mountain bike ride, as you do. We crested the edge of the bowl that Medellin sits in, the city still hidden under the morning mists, with high-rises peeking through the cloud cover, just like those mountain tops. The anticipation was killing me. What would this city hold and frankly, after a 16 hour trip, where was the coffee. 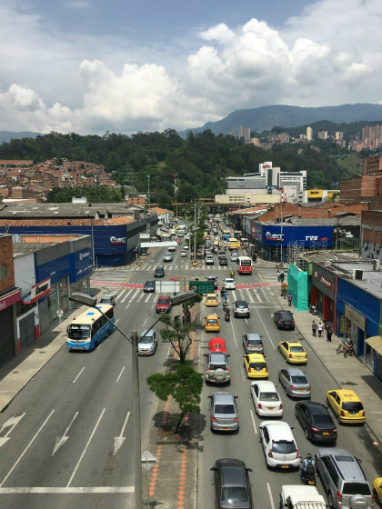 Thankfully Juan, Mercanta’s man in the field was at the hotel to greet us. Mercanta are a coffee merchant, a go between source and coffee roasters. Juan has the coolest job title ever, Coffee Hunter, and spends his time cruising through the Antioquia region meeting farmers and tasting their coffee crops, buying lots to sell through Mercanta. He’s based in Medellin, appropriately located to allow him to get out into the beautiful, tropical, verdant countryside surrounding the vibrant city.

We bounced from café to café, checking out the finest Colombian coffee, ridiculous views of this stunning town, street food to die for and chatting about everything from how often you have a bath, to the tattoos that Note has, protecting him from axe attacks. It was weird, and one of the most memorable weekends I’ve had.

The city is covered in colour, street art that puts Bristol to shame, a public transport system including cable cars that stretch for miles & a particular set of escalators that pick their way through a favela. No matter how I have tried to explain these escalators to people it doesn’t make sense, but know that this area of town was one of the most life-affirming things I have ever seen. It was a hive of noise, people filled with pride and individual expression everywhere you looked. 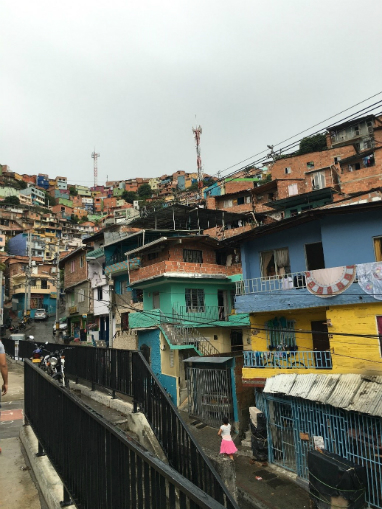 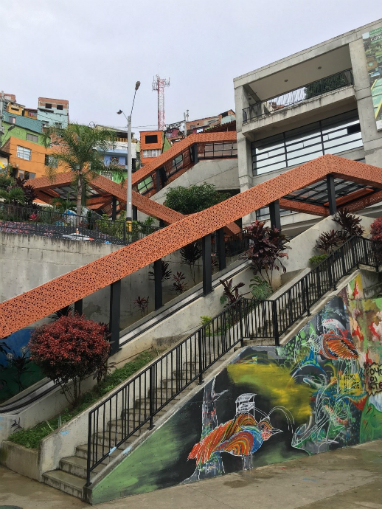 During this weekend we met Pedro Echavarria, a coffee polymath. Not only is he owner/operator of a café group that would make you swoon, a coffee exporting business (Pergamino) sporting some of the most interesting and diverse coffees from Colombia, he also manages a load of farms in the Antioquia region. We were lucky enough to be accompanied to these farms by him and Juan.

I’ve been learning about coffee from books, videos and people for the last ten years and these two days touring this coffee producing region provided so much insight, stitching together everything I’ve learned. We saw the final harvest of the crop coming through, clearing the final cherries from the branches in an effort to fight boring weevil attacks, and prepare for the next growth cycle. 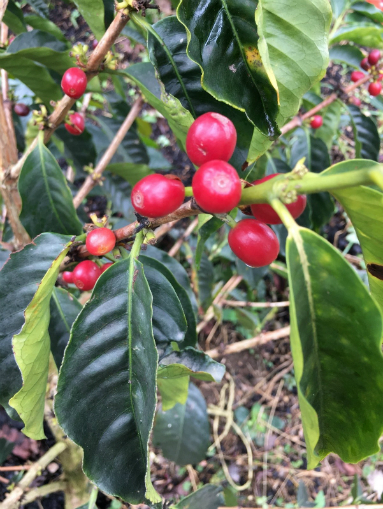 We spent time on the homesteads on the farms, sharing coffee, taking in outrageous views and learning about the place that coffee has in the culture. It turns out coffee farmers don’t drink coffee so much, preferring a sugar cane syrup spiked with chocolate, caramel or maybe coffee.

We saw worker conditions, something I really wanted to check out. Coffee pickers work in groups of 7 or so, migrating between farms in varying states of harvest. They’re paid well during harvest time, earning up to 7 times the minimum wage. Each farm has lodgings provided for their temporary stay. We went to work briefly with a crew in the Santa Barbara estate, they were working their way through a crop and gestured for us to come help out, I was put to shame within seconds. It’s hard work, you’re at 2000m above sea level, in the midday sun, there’s insects and it’s humid within the trees, which are over head-height; all this going on and you’re plucking cherries from branches throwing them into a bucket strapped round your neck. These guys are fast, and were generous to let us come see what they were up to. As I filmed Aurelio, one of the pickers, he asked me in Spanish too quick for me to understand, whether he was going to be famous. I assured him he wouldn’t, but even by mentioning him here I tried. 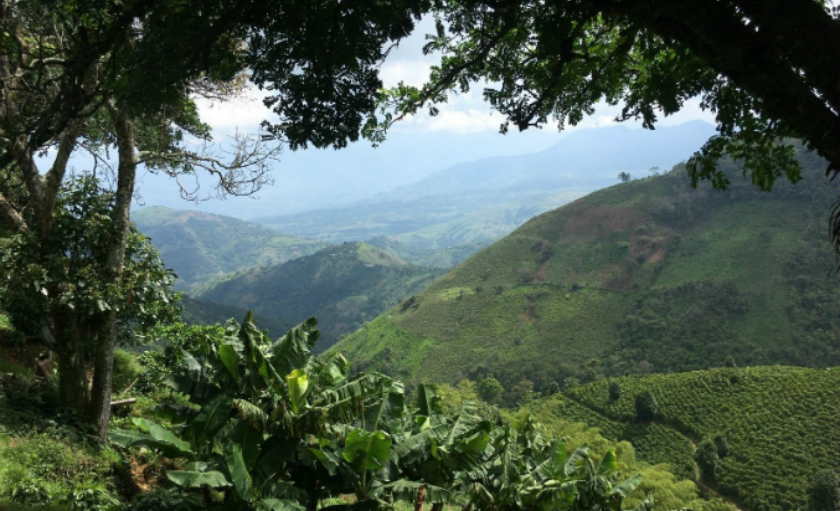 As a result of this visit we have chosen coffees to enter on to our filter coffee cycle, which we will be detailing on this blog as they launch. This trip was unforgettable, never has planet Earth looked so rich to me. My experience of this South-American country has me frantically persuading friends that we’re moving to Colombia come retirement, and planning where to go next. I extend my thanks to Extract Coffee Roasters, Mercanta & Boston Tea Party for allowing us to go and experience the astounding world of coffee.