Picture this if you will. You wake up, the chill of winter sweeping through the air. Pull back the curtains and see the sky, a deep, rich blue. Only the thinnest, wispiest drifts of cloud dare to cross the sun as it stands high. You feel it’s a perfect day for a spot of brunch. But not by yourself. This is to be a social brunch, not a mere necessary consumption of food to maintain life. This is an Occasion.

We all have friends that we would happily have brunch with, a good laugh over a stack of pancakes and a damn fine cup of coffee. But imagine something further for a moment. You’re tucked up in the upstairs of Boston Tea Party Park Street, idly glancing out of the windows, watch the world tick by outside as you wait for your brunch companions. Now imagine you could invite any six people, alive or dead, to join you for brunch. Who would you pick?

I have posed this question to myself before, asking myself who would be my ideal dinner party guests. The answers to which the curious can find on my blog, Sufficiently Cyberpunk. And even though I may no longer work for Boston Tea Party, they were a part of my life for five years and still, hands down, the best place for brunch. So now that I know what my ideal dinner party would be, if I were sitting out in Park Street’s secret garden, who would I want to join me for brunch? 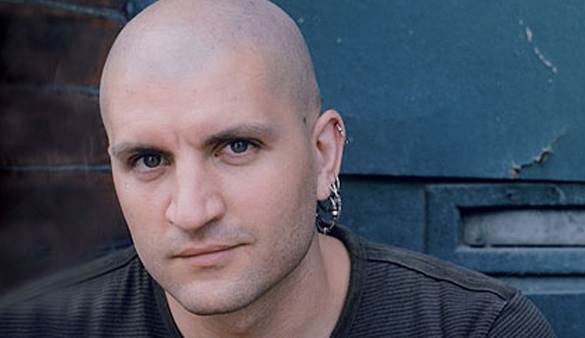 One of my all time favourite writers, a masterful wordsmith whose command and manipulation of the English language to his precise whims is unsurpassed. A fabulous mind to discuss matters of literature, current events and all other subjects under the sun – as one of the leading writers in a field dubbed “New Weird”, his contributions to conversation would be intriguing, beguiling and enlightening. Anyone swayed by my words to read his, check out his books Embassytown and The City & The City. 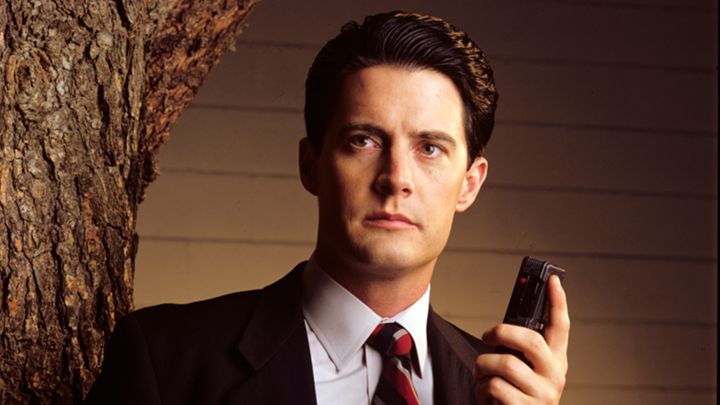 I have only recently come to discover the surrealist joys of Twin Peaks, a show that has captured the imagination of popular culture. MacLachlan’s brilliant performance as Special Agent Dale Cooper, his recent turn in the second series of Marvel’s Agents of SHIELD and his recurring role as the Mayor of Portland in Portlandia lead me to conclude he would be incredibly entertaining company. Plus, who better than Special Agent Dale Cooper to judge the merits of Boston’s seasonal filter coffee? 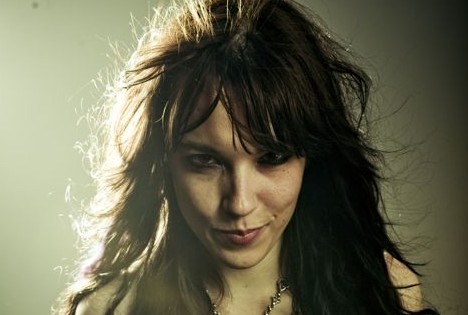 As fond as I am of actors and writers, I also have a soft spot in my heart for music. Our next brunch guest is the front woman for my favourite band, Halestorm. I had the pleasure to see them live, last year in Bristol. So it’s nice to imagine that before a gig at the O2, Lzzy would find time to sit down, grab a bite and a damn fine cup of coffee (yes, I’m adopting this phrase now). If we’re lucky she could convince the rest of the band to stop by later and do a little jam session. 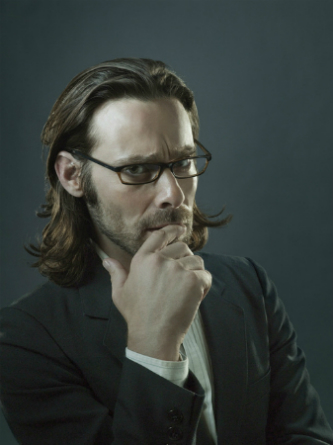 It just wouldn’t be an Alien Dave blog entry if I didn’t find some way of slipping my obsession with Battlestar Galactica in here somewhere. Look no further than the man who portrayed Doctor Gaius Baltar. His character is superb, at once irritating to the point of throttle-worthy and gloriously complex. And as evidenced in this video, he’s quite the funny chap. 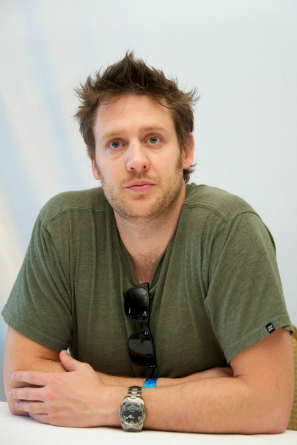 Now it’s not just people who make you laugh you want to invite to brunch. As much as they are fabulous conversation, you want more people like China Miéville. Fearsome visionary minds. In that vein, the director of District 9, Elysium and most recently, CHAPPiE. All outrageously brilliant films. Blomkamp is a fantastically gifted director and has helmed three of the best sci-fi movies of recent years. To have him at brunch, to pick his brain, where he gets his inspiration from…in the company of the previous guests? Oh gods. I’d never want to stop having brunch. 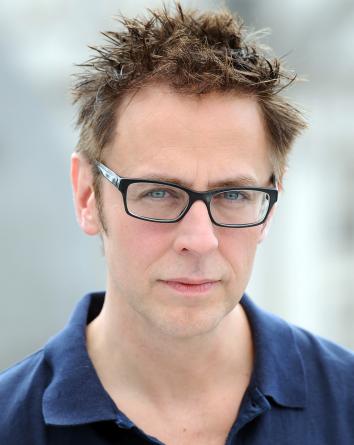 Another brilliant movie director rounds off our six guests. Gunn’s direction of Guardians of the Galaxy was an absolute triumph. When I first heard about this Marvel movie, I was unsure. Then I saw the trailers. I became more sure. I saw it in the cinema. I was pretty sure, but then I had to go back and watch it at least two more times before I was totally convinced. Best Marvel Cinematic Universe entry thus far. I can only imagine the joys of sitting James Gunn and Neill Blomkamp next to each other, listen to their discussions and wait for China Miéville to chime in with his own titbits of brilliance.

Now of course, brunch isn’t all just conversation. There’s food too. And food is the big reason for choosing Boston Tea Party to host this brunch. There’s a new menu in town too, which Anita has spoken of here. It features, for me, the return of two classics.

I adored the old Veggie Burger. Its loss left a sadness in my stomach, a wound that no vegetarian burger could heal. Until the roll out of this new bad boy. It was always going to be a hurdle, so strong was my love for the original. But this new one surmounted it with a graceful ease, the sweetcorn fritter is sublimely beautiful and the feta is a worthy counterpart, much as halloumi was to the classic. An incredibly worthy successor to its forebear. Then Club Sandwich took me by surprise. The average staple of a café menu, surely? A classic with no surprises. You’d be wrong. Through the glorious combination of blue cheese mayo and avocado mayo…it adds a whole new dimension to the dish you never thought possible. 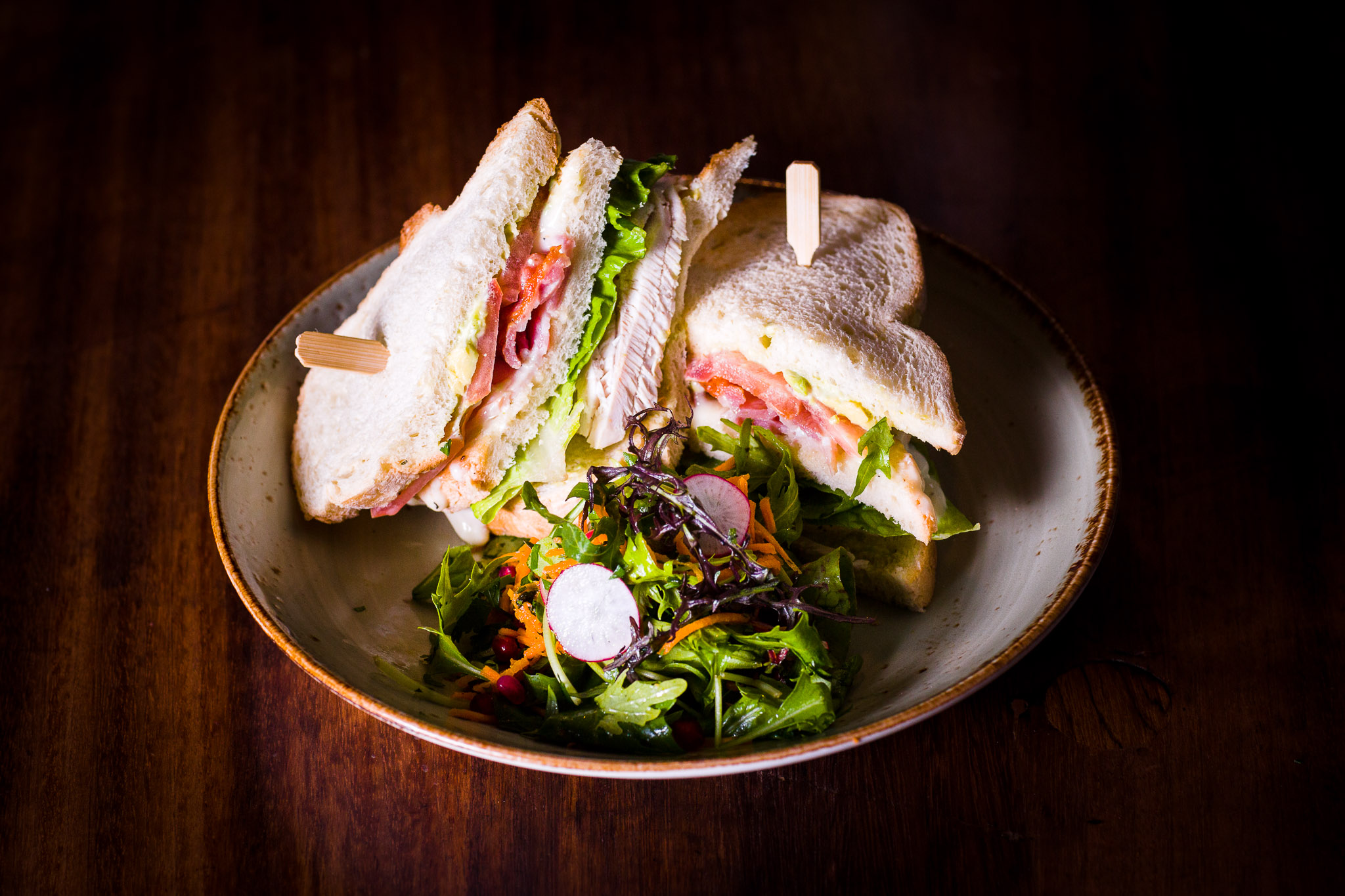 There we have it. Six brilliant guests, a great new menu to choose from, damn fine cups of coffee to enjoy, delightful pots of tea to be accompanied by gorgeous cake (mine’s the Berry Scrumble) afterwards. Then maybe we’ll coax Simon out of his tower and show these guests our Dungeons & Dragons prowess. I erased a goddess from existence once, you know.