Our man in Seattle 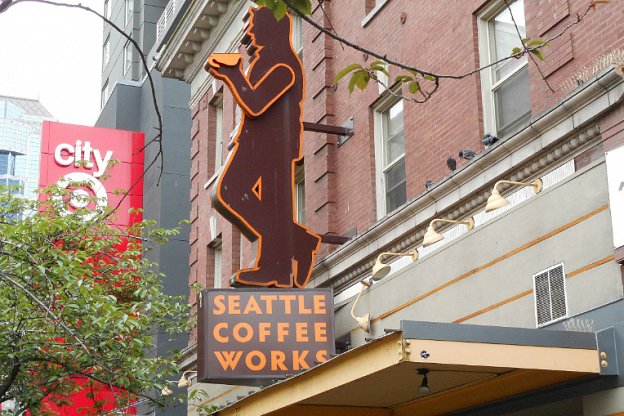 Dateline: Seattle, May 2015. A man is walking along 1st Avenue. His collar is up – not against the wind, not against the rain… this man just doesn’t belong. On every block and almost every corner, he sees them and scowls, barely resisting the urge to snarl. He is a barista in the heartland of his enemy. He is Boston Tea Party’s man in Seattle, surrounded, besieged even, by Starbucks. The very word makes his skin crawl. He sees it everywhere… He is Alien Dave. 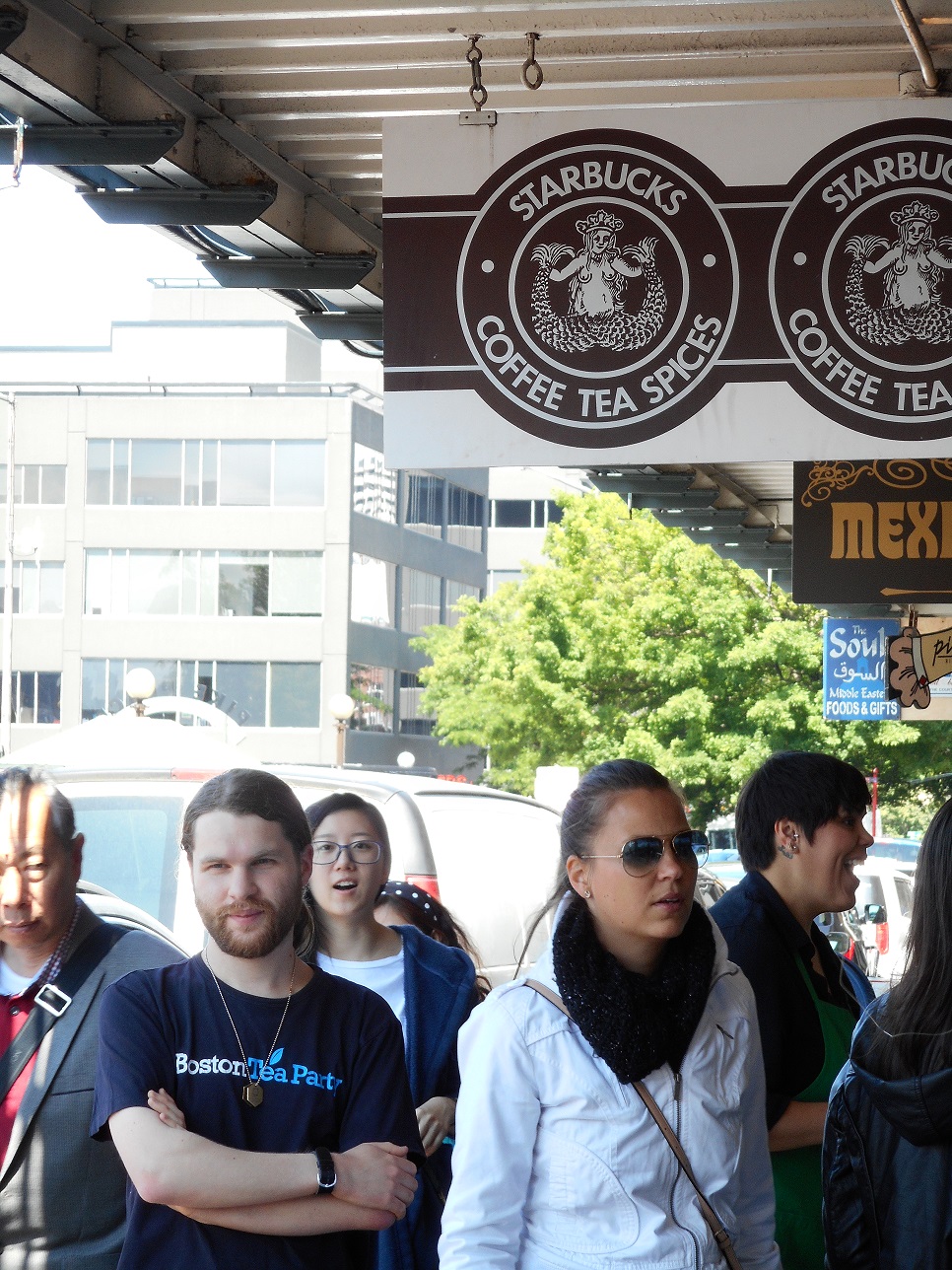 As the above preamble should have firmly established, I’m on holiday in Seattle. One week into a three-week stay. It’s a city I’ve always longed to visit, ever since I first became aware of it via the early 2000s television show, Dark Angel. Which, ironically, was actually filmed across the border to the north of Seattle, in Vancouver, British Columbia. However, despite my impressions of Seattle being utterly false – thank you television for once again deceiving us all – it still held sway in my imagination. So when I became friends with a Seattle native three years ago, I was quite excited. When I later realised that I had the money to come and visit the Emerald City (its official nickname since 1981), I was even more excited.

Now, at this stage of reading, you have perhaps noticed the word “holiday” and are somewhat curious about why I’m writing blog posts for my employers. It’s a very valid question, the answer to which is that I foolishly promised them I would. After all, here I am, spending three weeks in the coffee capital of the United States. It would be remiss of me in my duties as a barista not to report on what they’re up to here.

Thus far, my explorations of Seattle have only netted two real catches. However, my friend, who is also a barista in this fair city, has promised to take me on a proper coffee tour of Seattle, so more will follow. For now though, consider my first catch, Seattle Coffee Works.

Seattle Coffee Works sits on Pike Street, a stone’s throw from the tourist trap of Pike Place Market. Within this market, you can find Starbucks’ second location, which they advertise as their first. As my friend pointed out, the original location was actually a couple of doors down, on the street corner. But god forbid that they should ever be honest! AHEM… Excuse me. Got a little carried away there…

Throwing the stone back to Pike Street, Seattle Coffee Works is a world away from that other S-word, of which we shall speak no more. Indeed, as I noticed while my friend was getting a takeaway coffee from them on my first visit, they do in fact feel a lot like Boston Tea Party. On the service side of their espresso bar (they have two bars, an espresso bar and a slow bar) they have a chalkboard with their coffee manifesto. I was immediately struck by how their values matched ours – their dedication to sourcing the best coffee possible, from the farmers themselves and not the middlemen. 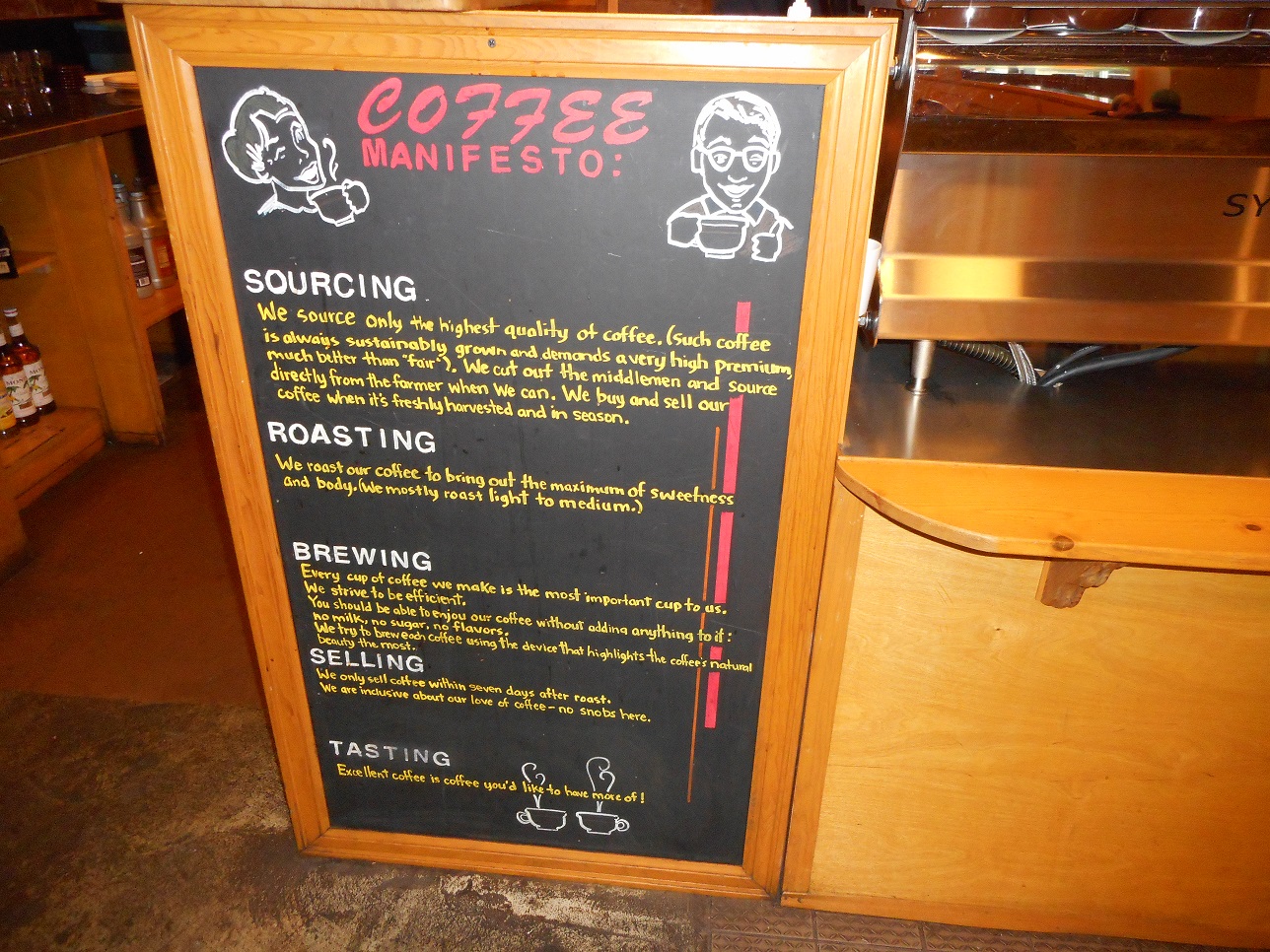 On my second visit to SCW, I actually sampled one of their coffees – a 12oz latte. Yes, they do their sizes in ounces too! I had a giddy internal squeal about that. As stated in their coffee manifesto, they only roast their coffees light or medium, not dark. And the latte was sublime. From the very first sip I knew that this was a fantastic coffee and that this place would hold special sway in my heart. Indeed, I have been there again, chatted with some of the baristas and will definitely be going back there, over and over, before I depart these shores for my beloved homeland. 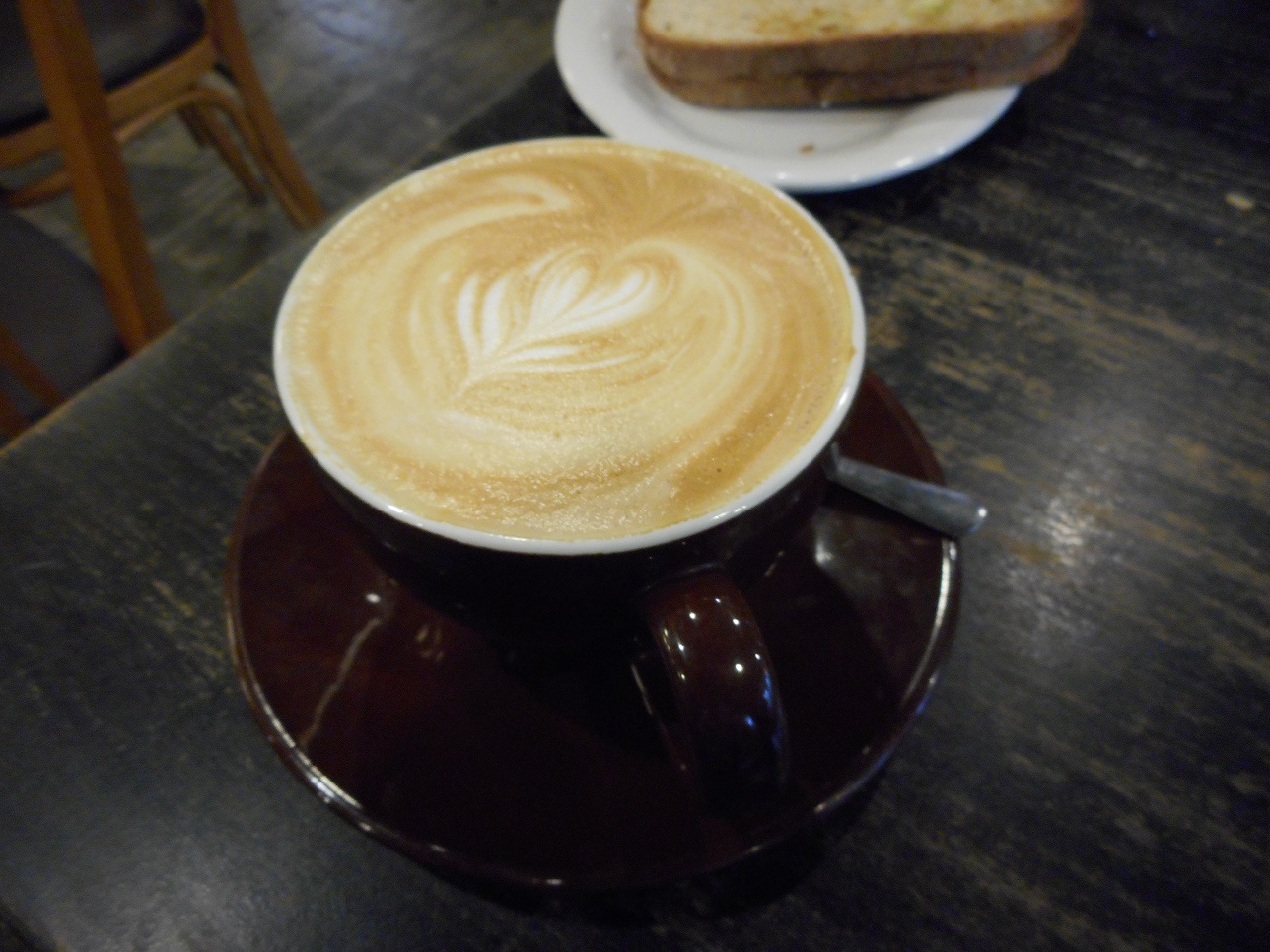