Behind the scenes with Green Shoots 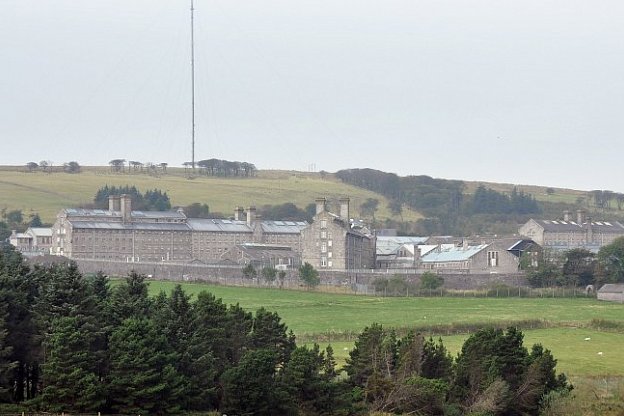 A couple of weeks ago I had one of the most surreal days I’ve had in nearly two years at BTP (and believe me, there have been some strange days). I spent the day in prison. It wasn’t for anything untoward, but to see how our used coffee grounds are being used by a social enterprise called Green Shoots, to grow mushrooms at HMP Dartmoor.

After a spooky drive through the early morning fog that hung over the moors, I approached the intimidating grey stone buildings of the prison. Visions of Fletch and Godber’s tomfoolery in Porridge were quite far away as I went through the main gates. Once I reached security I was met by Danny, a governor there, who filled the door and gave a pretty strong handshake.

Danny took me on a tour of the prison, showing me the cells, and industries and trades that they have for the inmates (brickwork, carpentry and a call centre, which surprised me!). It was quite reassuring to be in Danny’s company as we did this I can tell you.

As we were walking around, he told me about the impact the project has had on the prisoners involved, and the pride they all take in being the first of its kind in the UK. It was set up by Mark Ellery from Green Shoots as a pilot to produce food on a commercial and sustainable basis, whilst providing valuable training, life-skills and experience for the inmates.

The project runs from several unused cells, which now act as rooms for mixing, bagging and boxing, and of course growing the mushrooms. The small, confined cells have the perfect conditions for growing mushrooms: dark, cool and slightly damp. One of the inmates told me this is because they’re controlled remotely from Birmingham! (He also told me this can make things pretty chilly during the winter.)
The prisoners (alongside the Green Shoots team) mix the coffee grounds with compost and mushroom spores. These are then bagged, watered and left to grow into amazing oyster mushrooms. They grow out the front of the bag until large enough to be harvested. Generally, each bag will provide enough mushrooms for 2 to 3 harvests.

How it helps the inmates:

I met several of the inmates who work on the scheme, and all of them are incredibly knowledgeable on the subject. Considering they all come from a variety of backgrounds and have little or no experience in horticulture, it’s amazing the skills they have picked up. The fact they all wear boiler suits and masks (to ensure the highest health and safety) gave them an air of scientific authority too!
There is a strict policy of who can and cannot work with Green Shoots. Most of the inmates involved have been in prison for a long time, so they really appreciate the opportunity to work day in day out. They also receive benefits such as biscuits and t-shirts, which although small items, have a big impact on their day to day life. For example, by having an extra t-shirt, they don’t have to wash their clothes each evening in their cells to make sure they have a clean one to wear the next day.

The success of the project can be measured by it having picked recently won a European Sustainability award, or by the fact that several other UK prisons are looking into replicating it. But it’s success is best shown by the passion the inmates have for it. When I talked to them, all my preconceptions and prejudice fell away, as I saw how much they were learning and the satisfaction it gave them.

We serve a lot of coffees (around 12,000 per week), and this means a lot of coffee waste. We try where we can to reuse and recycle our grounds, as when coffee grounds are dumped into landfill they create methane, a greenhouse gas more harmful than carbon dioxide. So by sending our grounds to HMP Dartmoor, we’re not just helping the Green Shoots project, but reducing our waste.

And, as a bonus, the fabulous oyster mushrooms the inmates have grown have been added to the menu at our Gloucester Road café!

Learn about the project’s expansion into HMP Eastwood Park female prison, how they’ll be selling mushrooms to businesses on the Green Shoots site

For keep up to date on all things BTP, please sign up to receive our emails using the sign up at the bottom of the page.