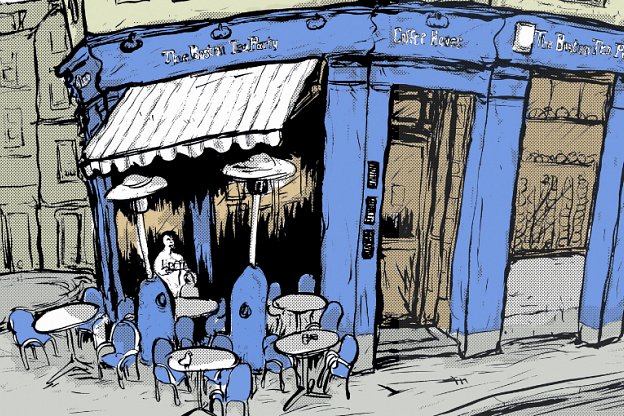 “There are… no strings on me.” So declares Ultron in the first trailer for Avengers: Age Of Ultron, the glorious voice of James Spader enunciating the words with spine-tingling menace. That line is already on the verge of turning into a meme, and many references are being made to Pinocchio. Unsurprising, seeing as it’s a direct quotation from a musical number in Disney’s 1940 animated movie.

Reading the above, you’re probably wondering why I’m referencing Avengers and Pinocchio when talking about how Boston Tea Party is an independent chain. Strangely, in my head at least, the two things are related. Allow me to elaborate…

Often I’m asked by casual visitors to Boston Tea Party Bath (my corner of the BTP network) whether we’re a chain, a franchise or a one-off. My response is the contradictory statement that “we’re an independent chain”. And thanks to Ultron (and Pinocchio), I have a neat little way of explaining it… there are no strings on me.

I have a tattoo on my left wrist, a symbol from my favourite TV show, Battlestar Galactica. One of my colleagues has a pretty awesome striped seahorse on her arm. But it’s not just the visual quirks of our staff that keep people intrigued, it’s the quirks of the cafés themselves. Go into any Boston Tea Party and, sure, you’ll see the same logo, and the menu boards look pretty similar, but the most uniformity you’ll see amongst the staff is the BTP T-shirt. 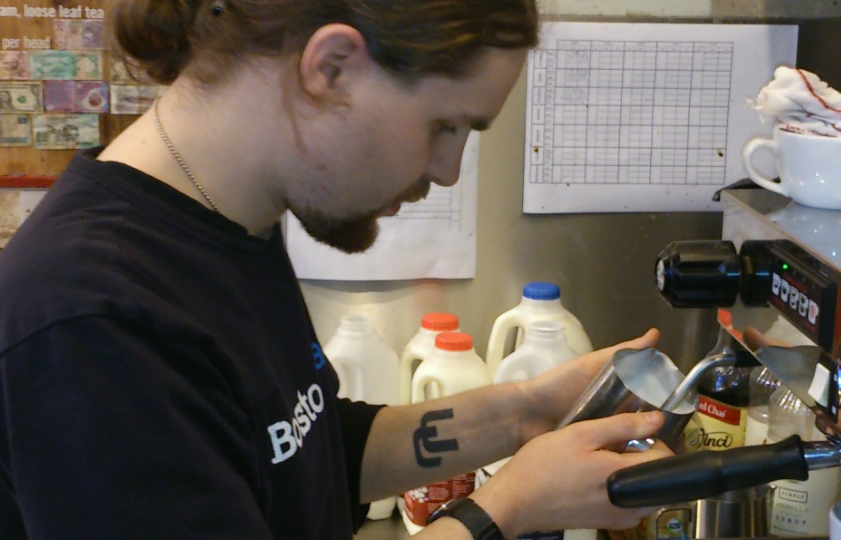 No two cafés are exactly alike. Each building is selected for its unique quirks, how it fits into the town around it. And within that, there are the quirks of the staff. Take Bath, for example (yes, I’m cheating using the café I work in). Every Boston Tea Party has a set of postcards drawn in the style of Dave Gibbons, who painted pictures of the original seven cafés. So, one day, I decided to liven up our menu boards with a gallery of all the postcards from all of the cafés.

On another we have the Foreign Coin Wall. People often give us foreign currency as tips, or even try to pay us with it. Accidentally, of course. (Although someone did once try to insist that the profile of President Franklin D Roosevelt on the American dime was the profile of Her Majesty Queen Elizabeth II.) Since the advent of the Foreign Coin Wall, though, people have actually started donating coins from far afield. Notes too.

These are just little touches, things to make it more… well… “homely” doesn’t seem quite right. Things to make it more personal. And this is just Bath. Every café is different, along with all the people who frequent it. Tattoos. Wild and wacky hair colours. Stories and talents, hidden and obvious, are all there in spades.

Sure, we’re a chain. We have a head office. We have an operations team. Not so long ago I was sitting in a room with all of them. I’ve met a lot of them, I know them by name. The managing director of Boston Tea Party lives in Bath, he loves to drop by and freak us out with his presence. (He’s a nice guy, but honestly, try having your MD in the room and not feel like they are scrutinising your every word, your every move.)

We have a corporate structure. We’re expanding – fifteen stores as I write this. Number sixteen is confirmed for Plymouth, with more destined to spring up wherever we fancy. But, with the uniformity of the menus aside, the café aesthetic is that we’re all different. We’re a chain, but we’re independent in spirit – if we do have strings, then we pull them ourselves.